Occasional binge drinking isn’t uncommon, but about 30 percent of all adults exposed to alcohol go on to engage in compulsive drinking behaviors despite negative effects and consequences – a major feature of alcohol use disorder.

For years, researchers have sought answers as to why alcohol produces such radically different outcomes for drinkers – how is it that some individuals can drink for their entire adult life without developing compulsive habits, while others transition quickly to problem drinking?

Now, a new study from neuroscientists at Vanderbilt and The Salk Institute is providing initial answers to those long-standing scientific questions and a new method for researching what causes this transition from moderate to compulsive alcohol consumption.

The paper appears this week in Science.

“In our lab, we’re focused on the neuroscience of addiction and understanding how neural activity patterns give rise to compulsive drug and alcohol use,” said Cody Siciliano, assistant professor of pharmacology and author on the study. “In this study, we initially sought to understand how the brain is altered by binge drinking to drive compulsive alcohol consumption. In the process, we stumbled across a surprising finding where we were actually able to predict which subjects would become compulsive based on neural activity during the very first time they drank.”

Using a behavioral model in mice, the team presents findings showing that even when subjects are given the same opportunity to drink, they split into distinct categories based on characteristics: light, heavy and compulsive binge drinkers (that is, those that continued to drink despite it resulting in a negative outcome). 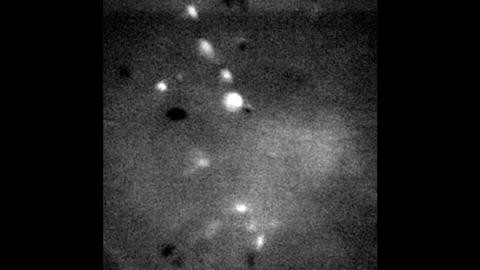 The team began by recreating a drinking scenario (called a “binge-induced compulsion task”) to assess how predisposition interacts with experience to produce compulsive drinking. They tracked compulsive alcohol drinking during these first drinking experiences, and again at later timepoints.

Using cellular-resolution calcium imaging and miniature microscopes, the researchers tracked the luminescence of the activity in neurons during the very first time the subjects drank alcohol. The brighter and more active the neurons became, the less likely the subject would be to go on to develop compulsive drinking behaviors. In contrast, the neurons in drinkers predisposed for compulsive behavior quieted and decreased activity during drinking events.

Interestingly, the differences in neural activity were observed during the very first drinking experience, well before compulsive behaviors emerged, allowing researchers to predict ahead of time which subjects would go on to display problem drinking behaviors.

As a result, the findings helped construct a novel behavioral model, and the team identified the specific cortical-brainstem circuit that serves as both a biomarker and a cellular platform for the eventual development of compulsive drinking behavior.

According to Siciliano, the biomarker and platform findings not only have implications on the future of alcohol addiction studies – but on other substance abuse studies, as well.

“We developed this model to study the path to alcohol use disorder, but we plan to apply a similar framework to advance our understanding of compulsive use of other substances.” (Fuente: Vanderbilt University)